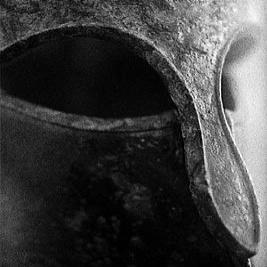 The name Augeas is based on greek legend about Herakles who has to clean stables of the king Augeas from dung as one of his twelve laubours that he has to fulfill as a punishment for killing his wife and children (for a justification he was driven mad by Hera).

Augueas referenced here is a tool for doing changes in textual configuration files. It’s purpose came from fact that whole Linux configuration is based on text files. If you want to do some changes automatically by a script you are usually doomed to use sed or awk. Augeas is expected to do the task easier. I was looking for a tool for doing changes of WildFly standalone.xml and I don’t like XSLT thus I was searching for some alternatives. This idea to use Augeas came to my mind from nice video presentation of usage JBoss with Docker. It was one part from series of Virtual JBoss User Group presentations (Docker and JBoss - the perfect combination). The presentation was lead by Marek Goldmann who does have really nice post about topic of automatic changes of JBoss configuration file at his blog - https://goldmann.pl/blog/2014/07/23/customizing-the-configuration-of-the-wildfly-docker-image.

How the Augeas works

Augeas provides machinery but there has to be a 'recipy' which defines semantics of particular configuration files. This recipy is called lens in terms of Augeas tooling. Lens describes format of your configuration. By default Augeas provides lenses for standard files residing under /etc directory. If you want to work with some other file you need to find a lens for your one (see Augeas built-in lenses) or, when not provided, you have two options -use some generic lens and be more verbose when changing configuration, or write your own lens.

As I want to change XML file I needed to use xml lens for Augeas to know how to parse the file. This provided lens is a simple in way that it doesn’t take care about any schema or namespace. It just take the XML file as a text and separates tag (elements) from text and attributes. The data is structured in a tree consisting nodes. Each node contains two strings label (a node name) and value. You can point to each node with path expression similar to XPath (see https://github.com/hercules-team/augeas/wiki/Path-expressions [Path Expressions in Augeas]).

For the work you will use command augtool.

Augeas is part of the most Linux distributions. If it’s not your case, you can install it from the package - in Fedora it’s package named augeas (dnf install augeas) - or you can simply download it and put the augtool command on the PATH.

When you run augtool and you get an interactive shell where you can start typing Augeas commands. When it’s run with some undefined parameter (e.g. -h is one of them ) then you will get list of possible options to use.

When I came to augeas tool first I was searching for a way to pass a set of rules (augeas commands) and define a file that the rules will be applied to. But Augeas does not work in this way. You need to understand the structure of Augeas tree and how it works with its nodes. The Augeas wiki page https://github.com/hercules-team/augeas/wiki#Using_Augeas is quite informative in this matter.

If you run the augtool there are tree base commands which are your friends - print, ls and match. These commands are used to get information about the structure of the Augeas tree. Print and match do mostly the same. The print scrawl, starting at the defined path, down by the tree and print all nodes (labels and values). Match do similar but you influencing what is printed by using subsitute characters as * similar to XPath queries. Command *ls* just shows node names (labels) residing under the defined path.

Good start is to run command:

You can see that there are two base nodes - augeas and files.

If you want to make some change you use command set. For example you can try to list the /etc/fstab file by

On this example we can see that Augeas works with a copy of the content and changes are write back to the filesystem when save command is called.

That was about config files and lenses loaded by Augeas automatically. That is, there are defined lenses and files to be autoloaded.

Because of all the autoloading the start of augtool could be a bit slower and if we know that we want to work just with one specific file we can use --noload and --noautoload parameters. In short run

With usage of -LA nothing is preloaded and we have to define ourselves what to work with. Let’s define a file to work with and lens for parsing it. When we change such settings the load command has to be used to get activated (or reload the agutool iself). We have to define type of file to work with by adding element under augeas load node. That could be arbitrary name but let’s say xml as we will work with xml. As adding the xml node we define what is lens which defines rules for parsing. This will be predefined name of the lens Xml.lns (see https://github.com/hercules-team/augeas/wiki/Loading-specific-files)

Now for definition what file to work with use absolute path to a file and put it under xml element under node incl.

Or if you want to specify more files by your hand, you will need to use some of the technics mentioned under https://github.com/hercules-team/augeas/wiki/Adding-nodes-to-the-tree. AS an example

And finally we need to load the data inside to augeas

Now came the work with Augeas tree itself. As it was said the loaded files are under root node /files. Let’s define a variable to reuse it afterwards. We are going to work with the standalone.xml loaded here. And the variable is logging and will contain the Augeas tree of the logging subsystem

…​at the end save changes into the original file

If you want to work with some specific node and you don’t know whether it’s already existing use command defnode. I wanted to define trace logging level for jca subsystem so I did following.

How to use augtool to define lenses and work files in an one step?

This command says that you define root of the augtool to current directory. There is automatically loaded no default lenses. There is no default rules for loading any file. Then you are defining to load standalone.xml (expected from the current directory) and this file will be transformed by lens Xml.lns. Now you are ready to run any of the commands mentioned above.

If you have commands to be executed by the Augeas tooling you can let the Augeas to read it from a file (-f parameter) or pass it on the standard input.

I name the script as augeas and run it with parameter of what is the logging category to change and adding the Augeas commands to be executed.

There is a little bit magic of escaping with \ as bash and augtool uses character $ for similar approach (variable definition) and I need to replace some of the values by bash variables and some of the variables to be processed by Augeas itself.